Kid Skipped College and Made $1 Million In 5 Months

Alex Tew didn’t give a damn about paying his “dues.”

At 21, he was about to start a three-year business management course at the University of Nottingham…but there was one significant problem: money. He didn’t want to be saddled with ridiculous student loan debt he would work years to pay off. Most students his age just shrug and accept that society “requires” them to play by the rules. Alex’s mind was in a completely different place.

After brainstorming ideas to make some extra income to pay off the loans quickly he decided to launch a basic website that would sell one million pixels on the homepage to advertisers for $1 each. A truly strange idea in 2005 that has since been copied ad nauseam.

Though Tew is from England, he thought “million dollar” was more attractive than “million pound” from a marketing perspective. There are more Americans online as well, so he decided to go with US currency. For the record, I think he was right!

The pixels are too small to see individually, so they were to be be sold in blocks of 10×10 for a minimum purchase of $100. Each advertiser could choose what pictures they wanted to display in their allotted space and to where they wanted the pixels to link. The plan was ingeniously simple…but Alex had no idea if it would actually work.

“From the outset I knew the idea had potential, but it was one of those things that could have gone either way,” he remarked on FT.com. “My thinking was I had nothing to lose (apart from the 50 Euros or so it cost to register the domain and setup the hosting). I knew that the idea was quirky enough to create interest … The Internet is a very powerful medium.”

The Million Dollar Homepage opened up shop on August 26th, 2005.

Get more bolts and nuts
in your inbox

Thank you for subscribing.

we respect your privacy and take protecting it seriously

The Future Of Crypto 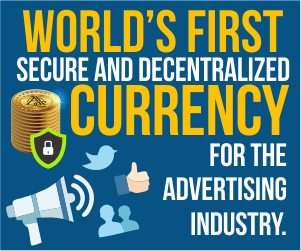